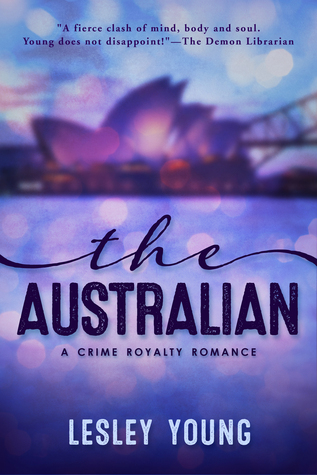 Imagine leaving behind all that you know and starting over halfway around the world. Imagine you’ve got no gut instinct to rely on, no natural-born ability to read people or sort out lies from truth. Imagine your heart goes haywire every time you stare into a certain pair of deeply mesmerizing dark eyes. Now you’re in Charlie Sykes’ (highly sensible) shoes . . .

Charlie Sykes takes everything and everyone at face value, and believes life would be a lot easier if everyone else did, too. Jace Knight, international Aussie hotelier and purported playboy, has never met anyone like the absurdly literal and obliviously beautiful American who applies to his personal assistant position.

The trouble is, how do you seduce a woman whose definition of flirting comes straight out of the Merriam-Webster Dictionary? That, and he’s not the only one after Charlie. Seems Mr. Knight may not be a reformed criminal after all.

Charlie soon finds herself caught up in a whirlwind of dangerous international espionage that takes her from the hip streets of Sydney to the majestic Great Barrier Reef and the wild, desolate outback. A terrible trap’s being laid, but how will Charlie protect herself and prevent a devastating betrayal when she can’t even sort out what her heart’s telling her?

After Charlie’s mother passes, she wants a fresh start and moving to Australia to exactly that. Once she is there she is having trouble finding a job that is until she is sent by a temp agency to Mr. Knight. It was definitely her bluntness that got her the job. Once she begins working for Mr. Knight she cannot help the attraction she feels and allows herself to act on her attraction.

Between the romance and mystery in this book, I could not put it down. It took me a little while to get use to how Charlie spoke, but after I did, I adored her. She was easy to relate to and very easy to like. Then there’s Jace (Mr. Knight), he was VERY easy to like. I mean who doesn’t love an Australian main character?!??! I love the mystery about him, is he really in a gang or is he trying to make a new name for himself?

One thing is I had to keep looking up some of the Australian slang in the book. Even though I had to do that I loved that Lesley Young integrated all of the culture into the book, just like she did in The Frenchman.

I cannot wait to see what culture Lesley Young will write about next.

One comment on “Sizzling Saturdays: The Australian by Lesley Young”