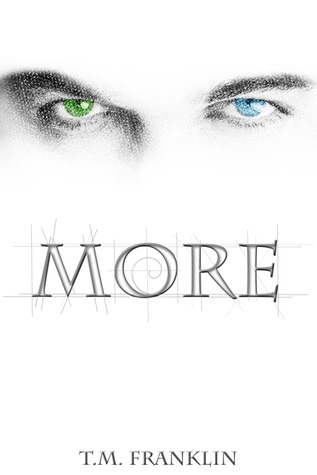 Ava Michaels always knew there was something different about her, she thought was special and not the kind a way a parent thinks their child is special, but at one time she thought she might have an ability that would cause her to make things happen. As she got older, she didn’t think about her ability as much, thinking it was just a childish dream.

Now we see Ava in college, living a normal college life; she has a roommate, works at a diner at night and is struggling to pass physics. When her professor notices that she is failing and in order to keep her scholarship she must pass the class, he decides to have her tutored by Caleb Foster.

Little does Ava know that Caleb is more than just her tutor, he is part of The First Race, whose mission is to protect humanity and aid its growth and development. Their number one rule is to stay underneath the radar, but when another of his kind is trying to take Ava, Caleb can’t stay back and revels himself as her protector.

I have no idea where to start with this book!!! I absolutely loved it! T. M Franklin illustrated an amazing world full of hidden secrets. I found it very interesting that the First Race are all born with two different colored eyes and that when they hide themselves behind a veil, that is the only thing they cannot hide.

I enjoyed the connection that Caleb and Ava had, they both knew that there was something there and it was in a way forbidden for them to be together. Caleb knew that a First Race and a Human could never be together and if they were, the penalty would be death. Ava on the other hand didn’t want to have to worry about having a crush on her tutor.

I cannot wait to learn more of the First Race in the next book and see where Ava and Caleb end up. 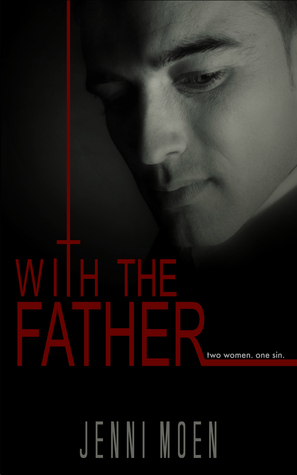 Title- With the Father

I just finished reading With the Father by Jenni Moen and all I can say it WOW!! I do not want to give a single thing away because I think that everyone needs to read this book for themselves, so I am going to try to write a review the best I can!

To be honest when I first saw the book, I thought it was going to be a smutty one, where a woman would convince a Priest to be with her, against everything he believed in and I am so glad I was wrong!!! There was so much to this story and a lot of it was unexpected, something I started to piece together but not the bulk of it!

Jenni took me into a world where I was laughing, and crying, there were also time I was angry at certain characters, a couple times I caught myself yelling at my kindle. Jenni wrote such a beautiful story about what ifs and relationships. There was so much going on in the story, but all of it fit together, there was not a single time where I thought to myself, “Well that’s just too unbelievable”, everything written was written for a reason.

I recommend this book to everyone and I am looking forward to reading more from Jenni Mooen!!

I really enjoyed reading this book, I know someone who spends her time watching different Vlogs and YouTube videos and how she feels about the people she watches. I was very interesting reading about the other side of the Youtube world.

The story starts with Torrey, a girl who loves to be liked and adored; she makes this possible by being Vlog famous. Other than going to high school, she spends her time talking in front of the camera about different beauty and fashion tips. When her little sister is hit by a drunk driver, Torrey’s world seems to stop; she is uprooted and moved to Texas, and needs to start a new high school while leaving her old friends behind. When she is asked to sit with the popular kids by the queen bee, Bair, she can’t help but be happy; maybe this is her start to be popular again. She also meets a boy named Luis, who doesn’t seem to be very like by the popular kids that have befriended her. This is a problem for Torrey because if she talks and hangs out with Luis, she won’t be popular, but is being popular something she really wants? This book also takes the reader into a grieving family, it shows what some

Each chapter was labeled by a title of one of her blogs and a lot of times gave a hint to what the chapter was going to be about. I really liked that the chapters where labeled like this because as a reader we aren’t really shown what one of Torrey’s Vlogs is like and this gives a little insight to what she was talking about. We also see what happens in Social Media when a person in the spotlight and comments written to her is a form of bullying. It was interesting to see how those comments effecting in the beginning of the story to how they affected her in the end.

All the characters were great in this story! Torrey’s cousin Raylene was all over the place, and was always there for Torrey, helping her with each of her problems. She too would like to be popular, but it doesn’t stop her from being who she is! Luis was such a great character, he didn’t worry about who he was who liked him, and he was just himself! I think being friends with Louis helped Torrey grow into who she really was. Louis’ grandma and friend were too funny!!! They defiantly had me laughing and a great comic relief in the book. 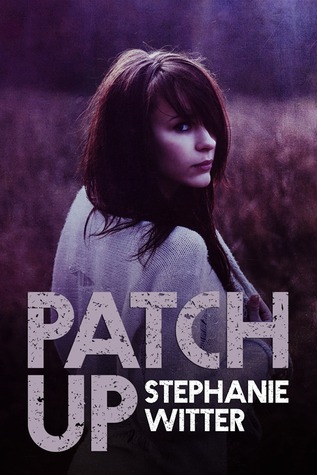 “That’s the problem when two broken people are attracted to each other and share a true connection. It doesn’t mean you can’t have some kind of relationship with each other, but it does mean you have to fight against your issues to get there and he’s not use to it”

I really do not know where to start, this novel brought me through so many emotions, I was laughing, angry and crying all at the same time. There were times I wanted to stop reading, not because of the story was ridiculous, but because I was feeling way, too many emotions.

Skye Walker (Yes like Luke Skywalker) is a freshman in college at a college where she followed her boyfriend of three years, only to be dumped a week after getting there. The type of relationship Skye has with Sean was demeaning and abusive, and she partly took blame in that. Instead of confronting what she went through she hid herself by wearing baggy clothes, keeping her face hidden behind her hair and always looking to the ground. She kept herself extremely closed off until she met Duke, the handsome TA in her psychology class. He himself had a past that haunted him, and wants to help Skye with whatever is bothering her. As soon as the two of them start to get closer, Skye’s ex comes to ruin things time and time again.

Patched up is a great story that shows the long term effects of an abusive relationship for what it truly is, Stephanie Witter did not sugar coat a single aspect of the relationships Skye had due to her relationship with Sean, she wrote this novel in a beautiful way. I love that Skye and Duke had to work at their relationship in order to be friends. Yes, I got very angry with all the running away, but in the end I appreciated it more. Then the last chapter came and filled me with many emotions, It was a very intense chapter and very hard to read, but I am glad it was there. Skye’s relationship with her roommate was also amazing see how much they grew together and opened up was great. As characters they grew together and became closer because of it.

I can truly say I cannot wait to read more about Skye and Dukes relationship in Book Two!!!

* Due to some shocking scenes, this novel is for readers of 18 and up.* 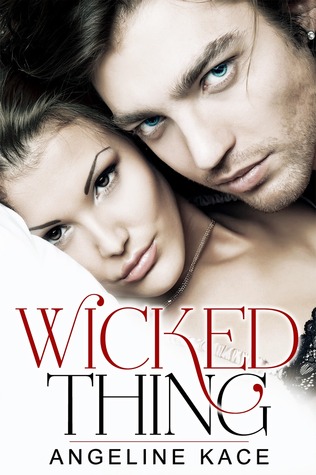 “My first time really watching Dirty Dancing is with Carmyn Rafferty—the woman I pulled a Patrick Swayze on before I even knew what it really was.”

Both Carmyn’s and Dallas’ childhood were ruined by a cheating parent. Carmyn’s mother cheated on her father and was addicted to drugs, Dallas’ father had a secret family and would not give up his other son to be with Dallas. Carmyn’s past made her unable to trust anyone, but she ended up trusting her college boyfriend Becker, until she caught him cheating. Dallas’ past made him live life the way he wanted and he didn’t do relationships. Carmyn also care too much about what people say and how someone will fit into her view of the perfect life, that she may miss what is right in front of her.

I must say that my favorite part of the book is when Carmyn and Dallas recreate the water sense from Dirty Dancing! I have always wanted to recreate that seen, it was so adorable and that’s when I truly felt there connection, but in the back of my mind I still thought something was going to tear them apart. I am not going to ruin the story to say if something did or didn’t happen, but everything fit together perfectly! The characters all had amazing relationships with their friends. I really enjoyed reading her friendship with Ava; I see some of my friendships in the pair of them. There were also a lot of times I found myself smiling or laughing because of what happened in the story, which made reading all the more enjoyable.

**Due to content, this book is not suitable for readers under the age of 18.** 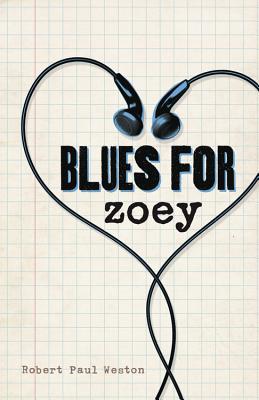 Robert Paul Weston puts a disclaimer in the beginning of the novel; he states that this story is not a mystery, but a puzzle. I completely agree with this, once you put all the parts together, you see they all fit together to complete this story. I do have to admit I was quite confused while reading, but in the end it all made sense.

Kaz Barrett is teenager who lost his father three years ago from a heart attack and now lives with his sister and mother, who suffers from a rare neurological disorder where she can sleep for days. During the summer Kaz works full time at a laundromat call the, Sit’ N ‘Spin, in order to save money so he can pay for treatment for his mother. While working at the laundromat Kaz meets many interesting characters that become part of his puzzle, they all serve a special purpose in his life. One person in particular was Zoey; she is unique girl with the dreads and a life that is a mystery to him.

This story did a great job touching upon different issues teenagers face and Robert Paul Weston was able to write about these issues in a tasteful way. Kaz’s mother is Japanese and his father is from Barbados, through Kaz’s narration you see how people act and make small comments around him, and none of the comments were made to be offensive. The issue of sex was also talked about; how Kaz learned about it in Sex Ed, his first time and the time he said he would always remember. As a reader I can see young readers enjoying this story and learning lessons though out it just as Kaz did.