Synopsis:
For as long as Alice can remember, she has dreamed of Max. Together they have traveled the world and fallen deliriously, hopelessly in love. Max is the boy of her dreams—and only her dreams. Because he doesn’t exist.
But when Alice walks into class on her first day at a new school, there he is. It turns out, though, that Real Max is nothing like Dream Max, and getting to know each other in reality isn’t as perfect as Alice always hoped.
When their dreams start to bleed dangerously into their waking hours, the pair realize that they might have to put an end to a lifetime of dreaming about each other. But when you fall in love in your dreams, can reality ever be enough?

Alice has been having dreams which included Max for as long as she could remember, but only knew him as her dream guy. When she moves into her Nana’s house and starts at a new school in Boston, Alice meet her dream guy in the flesh, but he isn’t like the guy she’s been dreaming about. Ms. Keating takes readers on an emotional roller-coaster where dreams and reality start to bleed together. I loved all the characters during the story, at first I didn’t want to like Max, but he was charming and I could see why Alice liked him. I absolutely adored Alice, she was a great relatable character, that young readers will love. It was interesting to have a bit of a fantasy aspect to the story.  I don’t want to say more than that because I don’t want to ruin any surprises for anyone who would like to read this story.

I would completely recommend this book for young readers and also readers that enjoy a sweet romance that’s easy to read.

Follow the Dreamology by Lucy Keating Blog Tour and don’t miss anything! Click on the banner to see the tour schedule.

Lucy lives in Los Angeles, California. She grew up in Boston, Massachusetts, attended Williams College in the Berkshires, and still misses the East Coast very much.
When she’s not writing, Lucy can usually be found obsessing over the latest music, inventing new flavors of ice cream, or having what she feels are perfectly acceptable conversations with her dog, Ernie.
You can follow Lucy on Instagram @lucy.keating, and Ernie The Dog @ernsboberns 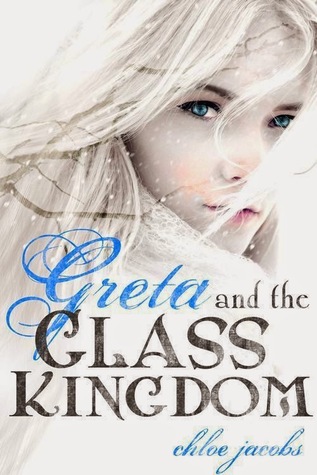 Title- Greta and the Glass Kingdom

Once upon a dark time…

Greta the human bounty hunter never quite fit into the shadowed, icy world of Mylena. Yet she’s managed to defeat the demon Agramon and win the love of the darkly intense Goblin King, Isaac. Now Isaac wants her to rule by his side—a human queen. And the very announcement is enough to incite rebellion…

To make matters worse, defeating Agramon left Greta tainted with a dark magick. Its unclean power threatens to destroy her and everything she loves. With the Goblin King’s life and the very peace of Mylena at stake, Greta must find a cure and fast.

Her only hope lies with the strange, elusive faeries in the Glass Kingdom…if she can get there before the evil within her destroys everything.

“Not when she’d finally realized how rare and special what they’d started together was. No king and queen anywhere were going to be as good together as they would be. She was finally going to prove that not only was she good enough for Isaac and good enough to stay in Myena, she was good enough to rule Myena.”

My second grade class has been working on their fairy tale unit in Language Arts where they have been writing their own twists on the fairy tale of their choice. So, I way beyond excited to receive an ARC of Greta and the Glass Kingdom! I loved reading the first book and I think I loved this one even more!

Ms. Jacob again does a great job illustrating this new world. I could really imagine and see all the different settings and creatures, she described in vivid colorful images.

This installment was very action packed from the very beginning!! This of course made me keep reading on. Poor Greta and Isaac, they cannot catch a break, I don’t think things could have gotten any worse than it did for these two. I do like that Greta never gave up, she is such a strong character and has changed so much!!

The ending of this story was great too!!! I hope I do not need to wait too long to find out what happens next for all the character! I even think there might be a second romance brewing, but I’m not positive. 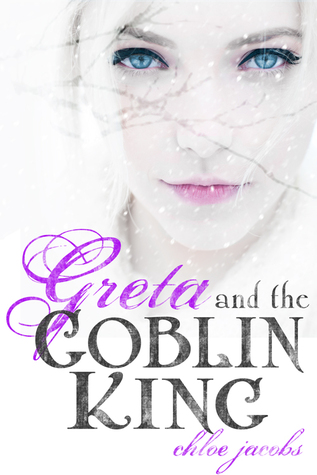 Title- Greta and the Goblin King

While trying to save her brother from a witch’s fire four years ago, Greta was thrown in herself, falling through a portal to Mylena, a dangerous world where humans are the enemy and every ogre, ghoul, and goblin has a dark side that comes out with the eclipse.

To survive, Greta has hidden her humanity and taken the job of bounty hunter—and she’s good at what she does. So good, she’s caught the attention of Mylena’s young goblin king, the darkly enticing Isaac, who invades her dreams and undermines her will to escape.

But Greta’s not the only one looking to get out of Mylena. An ancient evil knows she’s the key to opening the portal, and with the next eclipse mere days away, every bloodthirsty creature in the realm is after her—including Isaac. If Greta fails, she and the lost boys of Mylena will die. If she succeeds, no world will be safe from what follows her back..

“You’re deluding yourself if you think you can know who I am or what I want from spying on me in my dreams. Therein lies a realm of fantasy, and while it’s an interesting place to visit every once in a while, we both have to live in the real world, don’t we?”

My second grade class has been working on their fairy tale unit in Language Arts where they have been writing their own twists on the fairy tale of their choice. So, I way beyond excited to receive an ARC of Greta and the Glass Kingdom, the only problem was I didn’t read Greta and the Goblin King yet. Luckily, I already had a copy of the book in my Seven- Out- Of- This World box set from Entangled Publishing. After finishing this book, my first thought was, Why in the world did it take me so long to read this story?!?!?!

Greta saves her brother by pushing him out of the way of a witch’s fire in a gingerbread house (sound familiar?), but in the process, Greta falls into the fire and ends up falling into the dimension of Mylena, full of goblins, gnomes and other mythical creatures. I think this was a grand idea for a paranormal story and so different from the normal vampire and werewolf stories. We never really see a story where the main character, other than the human, to be a fairy or a goblin for that matter.

Ms. Jacob’s does a great job illustrating this new world. I could really imagine and see all the different settings and creatures, she described in vivid colorful images. She even makes the story interesting by adding and element where an eclipse changes the creatures in Mylena to their most vicious forms, and how a creature can stay in that form and become labeled as “Lost”.

Greta’s relationship with Isaac, the Goblin King was quite interesting, he would peruse her, and she would reject him time and time again. I also liked that Goblin’s in this story were portrayed in this story differently than I have seen in the past. Instead of the mean, vicious animals they are often written as, in this story they had quite the charm, especially Isaac. 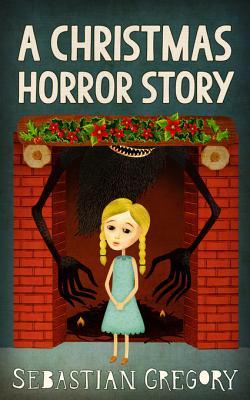 On the night before Christmas, lock the doors to the house…

Forget the jolly old man in his red, big-buttoned suit. Because another creature is up on the roof, preparing for his annual visit to little children everywhere.

With a belt of knives round his waist, a writhing bag on his back and a Santa-sized appetite, he’s a little…different to the St Nick you might be expecting.

And you can leave out all the carrots and mince pies you like…but it’s you he’s after.

A horrid Christmas to all, and a terrible night.

Every white Christmas has a dark side. Don’t miss A Christmas Horror Story, the gruesomely festive new story from Sebastian Gregory.

A Christmas Horror Story was a cute little story about a family and A Child Eater. This was such a cute and short read. I like that it wasn’t a normal Christmas story, but one with a bit of a dark side. I didn’t feel as though it was too freighting for children to read, but there was enough maturity for adults to enjoy as well.

Something wicked this way comes . . .

Gruoch is born to rule, but long before she becomes Macbeth’s queen, ancient forces claim her soul.

Marked from birth by the old gods, Gruoch is initiated into the ancient religion of her ancestors and begins learning the mysteries of the Goddess Cerridwen. But not everything is as it seems. Soon the Battle Goddess Morrigu imposes her will, and Gruoch finds herself at the mercy of the Wyrd Sisters.

With King Malcolm plotting, the Wyrd Sisters schooling her in arcane craft, and haunted by dreams of a raven-haired man she’s never met, Gruoch feels her fate is not her own. That is, until she meets a druid named Banquo. Gruoch’s heart is swept away when Banquo awakens something in her more powerful than duty, magic, or destiny: love.

This retelling of Shakespeare’s classic work leads readers through an unforgettable saga of one woman struggling to escape her fate without blood on her hands.

So I am of course a huge English nerd and appreciate all writing, especially Shakespeare! When I saw that Lady Macbeth was a book, I couldn’t pass up the chance to read a story from her point of view. It is always interesting to read a different point of view of a famous worry of literature.

It took me a little while to become engaged with this story, but there were many interesting parts that made me keep reading. I wanted to know more of Lady Macbeth, she seemed to be so innocent at the start and I could not wait to see what happened that made her change. I was really able to feel something for Lady Macbeth, which can be hard for author when the readers already have a dislike for him/her. It was so interesting to see Lady Macbeth’s life while she was living with her aunt and how she cared for her. We were also able to service in the convent and all the other girls who lived there.

I would completely recommend this book for anyone who enjoys books told from the villains point of view of enjoys historical fiction with a touch of fantasy!!!

Melanie Karsak is the author of the Amazon best-selling steampunk series The Airship Racing Chronicles (Chasing the Star Garden and Chasing the  Green Fairy) and the award-wining horror/dark fantasy Harvesting Series.

She grew up in rural northwestern Pennsylvania and earned a Master’s degree in English from Gannon University. A steampunk connoisseur, white elephant collector, and zombie whisperer, the author currently lives in Florida with her husband and two children. She is an Instructor of English at Eastern Florida State College.