We are thrilled to celebrate the release of Wife for the Weekend by Ophelia London! Be sure to check out all
the book info, fun posts, and giveaway! 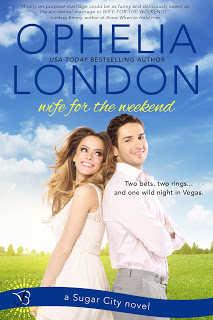 Every time I want to find a book that will take me away from everything that is going on in my life, Ophelia London is always my go to author. She writes such easy engaging reads that I never want to put down. Another benefit is that you can read them within one or two sittings, depending on the time you have to sit and read.

Wife For the Weekend was a nice easy read that I was able to read quickly. It had just the right amount of drama and just the right about of adorable times between the characters. I enjoyed reading Jules and Elliot’s story, it wasn’t so much as a second chance novel as it was two people from the past, but you could feel their chemistry from the very beginning, and you now what they say, “Opposites attract.”

I am very glad I got to read this one and I can’t wait to see what Ophelia has up her sleeve next.

Have you visited Sugar City? 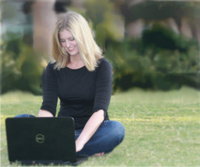 USA Today bestselling author
Ophelia London was born and raised among the redwood trees in beautiful
northern California. Once she was fully educated, she decided to settle in
Florida, but her car broke down in Texas and she’s lived in Dallas ever since.
A cupcake and treadmill aficionado (obviously those things are connected), she
spends her time watching arthouse movies and impossibly trashy TV, while living
vicariously through the characters she writes. Ophelia is the author of the
Sugar City series, including WIFE FOR THE WEEKEND and KISSING HER CRUSH; AIMEE
& THE HEARTTHROB; CHALK LINES & LIPSTICK; DEFINITELY, MAYBE IN LOVE;
the Abby Road series; and the Perfect Kisses series. Visit her at ophelialondon.com. But don’t call when The
Vampire Diaries (or Dawson’s Creek) is on.
Website:  http://bit.ly/1WeEYJj