Book 3 of End of All Things Series

Published by The Writers Coffee Shop

Available from: Amazon, Kobo, Barnes and Noble, and TWCS PH

Carly Daniels knows what it is to suffer loss. She knows what it is to sacrifice. In the two years since a pandemic virus—known only as the Infection—decimated humanity, she’s made choices she never could have imagined. She’s condoned violence in the name of peace and done the unthinkable in the name of mercy. But with Justin at her side, she’s also learned there’s nothing she can’t face and nothing she wouldn’t do to protect those she loves.

But now another threat has arrived in the form of a uniformed man driving an army truck, claiming to represent the remnant of the United States military. Someone has set their sights on their community . . . and on Justin. The struggle to defend their little homeland is far from over, and the visitors may have brought more danger with them than just their weapons.

The shadows are closing in. Carly has to find out whether she has the strength to stand on her own when all of her support has fallen away. What remains when the shadows have gone?

Shadows have gone was a great end to The End of All Things trilogy. Ms. Bryan brought us back to the love story between Carly and Justin. As a reader I was able to witness their love while they build their community stronger and fight off threats. This family of four have been through so much, but the vision of a new better world is always in Carly’s mind. I love how she always talks about fate and Justin finally ends up believing in everything has happened because of fate.

Carly and Justin both had many flashbacks throughout the story, remembering times they had before they came to Colby. I think that added to all the emotion that I felt through the last 30% of the book and boy was I put through the ringer. I hardly ever cry during stories, but this one had me shedding many tears. I did not expect something to happen the way they did.

I like how I finally got some answers in the end and although I still had more, I am satisfied how everything ended. I just wish this series wasn’t over! I know I will now be looking for more books by Lissa Bryan!

“There’s other news,” Justin said. “We made contact with a man driving an army truck.”
“The army?”
“Someone with the army?”
“There’s an army?”
“Whose army?” Pete’s voice rang above the excited babble.
“That’s the right question,” Justin said. “Whose army? He might have been wearing a uniform and claiming affiliation, but I have my doubts.”
“He claimed to be from the US Army?”
“Claimed,” Justin said, stressing the word hard. “And his claim had a few inconsistencies. I was in the Army, and I know. Whatever this guy is a part of, it’s not the army as we knew it.”
“What did he want?”
“Said he was out scouting and saw the smoke. He agreed to leave a message outside of Clayton if his people want to get in contact with us again. And I would imagine they will.”

“Last thing we need is another fight,” Grady said. He took off his hat and wiped the sweat from his forehead. “You think they know where we are?”
“General area. We wouldn’t be that hard to find if someone was really searching for us. If they’re really army, then yes, they know exactly where we are as we speak. But as I said, I have my doubts.”
“Think it will come to a fight?” Pete asked.
Justin scratched his chin. “I really can’t say. What I can say is that we always need to be prepared for it, prepared to defend what is ours.”
“What if they really are the army? Would we be America again?”
“Wait. When did we stop being America?”
“America is dead.” This came from David, his voice as blunt as a dropped stone. “We all saw it die two years ago. I don’t know what we are now, but the Constitution sure ain’t in effect anymore. There’s no government. There’s no social contract holding us together. That’s what America was, you know—a collective agreement of the people. Now we’re just—” He sliced a hand through the air.
“If the army is still active, that would mean there is a government, which would make this still America,” Grady said. “They’d be the government’s representatives, establishing order.”
Justin shook his head. “You’re thinking way too far ahead. Even if they are US Army—and that’s a very big if—they don’t have control of the whole country. There is no centralized government, no law enforcement. They’re not coming to rescue us.”

Lissa Bryan is an astronaut, renowned Kabuki actress, Olympic pole vault gold medalist, Iron Chef champion, and scientist who recently discovered the cure for athlete’s foot…though only in her head. Real life isn’t so interesting, which is why she spends most of her time writing.

She is the author of four other novels, Ghostwriter, The End of All Things, its sequel, The Land of the Shadows, and Under These Restless Skies.

~~CONNECT WITH THE AUTHOR~~ 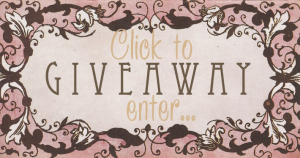 Praise for Shadows Have Gone

“I laughed, I cried, I was gently amused, but what could I expect? Times are tough, no one is trustworthy and yet there is a sweet innocence about some characters that hit you right between the eyes; they are always so positive and wanting to see the best in others. Once again, Lissa Bryan has taken the handoff from a previous book and run with it at breakneck speeds with barely a misstep in sight!” – Dianne

After a terrible virus ravages the planet, Carly Daniels, one of the few survivors, hides in her apartment in Juneau trying to survive the best she can with only occasional forays to gather food. With her is Sam, a wolf puppy she found starving on the streets. He becomes her companion and a reason to continue when giving up sometimes seems like the more attractive option. Still dazed with shock and grief, she hopes for the world to go back to normal soon.
She is discovered by Justin, an ex-soldier who is intent on making his way to Florida before the winter sets in. Justin coaxes her out of her hiding place and convinces her to join him on his journey, because a warmer climate will be their best chance against the extremes of Mother Nature.
Together, they begin a perilous journey through a nation laid to waste by the disaster. Challenges abound along the way. The weather, injury, and shortage of supplies all help to slow them down. In time, they discover that they aren’t the only survivors. Some are friendly but some have had their minds destroyed by the high fever. Then there are those who simply take what they want, leaving Carly and Justin with no choice but to defend what is theirs.
But their journey is not without joy and love. Together, they face every struggle, including an unplanned pregnancy. Despite the perils of bringing a child into a world of chaos, their baby is a new beginning for themselves and a symbol of hope for the other survivors they find along the way.
This is the story of their journey to find a place to begin a new life, and a home in each other.
Ω

Tales from the End Book 1.5

The Horsemen
L.A.’s mayor has declared quarantine to try to halt the spread of the Infection. Pearl sets off across the city to buy supplies, but already the world is changing. Something strange is in the air. The Horsemen are coming …Veronica
When Veronica’s mother doesn’t come home from work and no one answers the phone when she calls for help, a nine-year-old girl is thrown into the chaos of a world coming to an end. Veronica decides it’s up to her to find her family. “Veronica” is the story of a little girl’s courage in the face of the end of all things.“I Wandered Lonely As A Cloud”
They called her Shadowfax– the mare Carly and Justin found on their travels. But before she was found by Carly, the retired dressage horse was known as Cloud. An unusual tale of the end, told through the eyes of a confused and lonely horse, left in her pasture.Birthday
(A previously-published bonus story.) Carly knows Justin has never celebrated his birthday, and after society crumbled, no one knows what date it is, anyway. But she wants to do something special for him. Celebrating the little things helps them keep hope alive, and as a blizzard rages outside, a small gesture of love warms their home.
Tales of courage, tales of survival… Tales from the End.
Ω

The Land of The Shadow Book 2

After surviving the Infection and a perilous journey through the wasteland that was once the United States, Carly and Justin have found a safe home in the isolated town of Colby.Even so, balancing the duties of survival and a growing family isn’t easy. As they emerge as leaders, they face difficult questions about justice in a lawless land, basic human rights, and freedom in a world where strength defines worth. More than ever, they have to rely on one another for strength and support during the darkest of times.

The Crisis is far from over. Their fences won’t keep the world out forever, and a new threat is emerging—a gang of predators who see the town as easy pickings. When danger looms over Colby, Carly must decide how far she’ll go to protect those she loves.

It’s a journey down the long and broken road through The Land of the Shadow.

One comment on “Book Tour: Shadows Have Gone by Lissa Bryan”