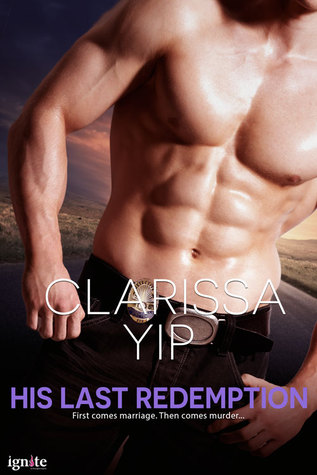 Lauren Burke waited fifteen months and twenty-three days for her divorce to be finalized. Instead, her ex-husband went one step further—he turned up dead. And the detective working on the case is none other than Kane Hollister—the man who ran off over three years ago and shattered Lauren’s heart into a zillion pieces…

It looks like Lauren, but she’s no longer the carefree girl Kane once knew. And yet he can’t deny the awareness that heats his blood at the sight of her. But when the death threats begin, Kane realizes that the killer has a new target…and it’s Lauren. Now he must protect the woman he’s always loved—and always hurt—from a vicious murderer. And when the sparks between them ignite, Lauren will have to make a choice between her life… or her heart!

His Last Redemption was a second chance suspenseful romance. I like a little mystery in the books that I read from time to time, and that is what drew me to this book. I think that is what kept me reading this book as well; I wanted to know who the Pearl Killer was. Yes, there is a story line other than that, but I wasn’t a fan of it as much.

There was something about Lauren that made me annoyed. I’m not sure if it was because it too her three years to leave a man that was cheating on her while she was giving him money to build his company or hot/coldness towards Kane. Both Kane and Lauren opened up to each other to allow themselves to be happy.

This was a very quick read as well and I think that it can be made into a series if the author chooses to write a book about another one of the characters. I can see a book about Ryan or even about Lauren. I thought Ryan was funny and I think his book would be great.