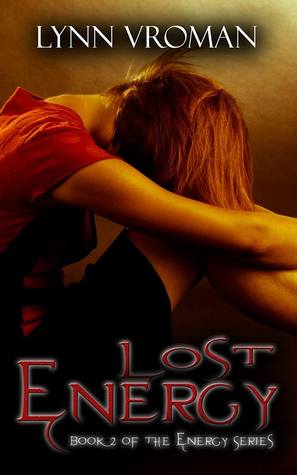 Last spring, Lena discovered who she was.

Now all she wants to do is move on—and find a way to be with Tarek, the new Warden of Arcus and the love of her life. Even though worlds separate them now, she holds onto the hope they’ll be together again. Until then, Lena focuses on being truly happy for the first time in her life…this life. She has new friends, an apartment free from her abusive father, and the chance to live a normal life.

But for Lena, the past never stays gone.

A woman from another lifetime reveals Cassondra, Exemplian’s new authority commander, is seeking revenge against Tarek for killing her brother. There is only one way to end this new threat…

This time, it will take more than Wilma to keep the monsters away. It’ll take an entire army–an army who remembers Lena from her past life, and who might just want her dead, too.

Lena’s past will shape her future more than she could ever imagine.

Closing my eyes, I struggled to relax as I sunk into the bed. The fight was useless–the excitement I felt every night at this exact moment never abated.

So, I’m saddled with Wilma for a while.

I smiled, Tarek’s rich voice swelling my heart, tingling my spine. Didn’t matter what he said; he could’ve been talking about the hibernation practices of snails.

She’s not all bad, bitching about the animals, mostly.

A gap wedged into the conversation after that–something he had a habit of doing. How I missed those annoying pauses.

She said you’re doing better against Farren. Remember what I told you about him. Don’t forget the bum right knee. Play a little dirty, and you’ll get him on the ground in no time.

I snuggled deeper under the covers, hugging the same pillow I held every night–the one that still wore his shirt–thinking about apples and lilacs.

Wilma said you’re happy. He chuckled. Complain too much, but happy. I could almost feel his sigh against my ear as it echoed in my brain. I miss you.

“Miss you, too.” That part of the one-sided conversation I always said aloud, willing him to hear it, know it.

As usual, he changed the subject to something lighter. My giant always made me smile…even when he was worlds away. I guess Zander’s still driving Teenesee crazy. He won’t stop asking questions. Wilma avoids him when she goes. She says he complains more than you.

The tears started to well, and no matter how hard I tried to stop them, they’d come. They came every night.

The river hasn’t raged in weeks. Even the squid are behaving for the most part. Wilma only had to kill one this time.

Tarek told me once that his mood controlled the environment. He’d spent the better part of his time trying to rein in his emotions to make the place better. Wilma said our midnight talks helped.

It’s cold as hell in the castle, regardless how high I build the fire. Pause. But I finished the place in the woods, close to the bank. I’ll sleep here tonight; Wilma can sleep on the floor.

I imagined the cabin by the bank, imagined us there together, surrounded by the vibrant colors.

I’m going to let you sleep now. Wilma’s banging on the door. She’s not finished harassing me, I suppose. Be safe… I love you.

Tears dripped on the pillow as I hugged it closer to my heart.