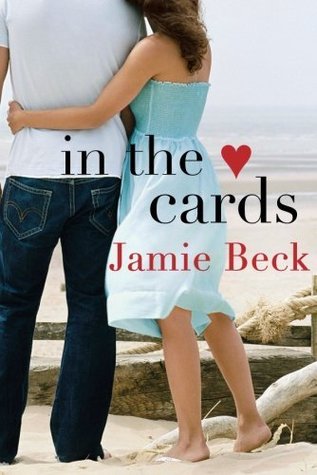 Title- In the Cards

Lindsay and Levi met 8 years ago at a resort in Florida, he embarrassed her and she never forgot him. After Lindsay fleas from New York to Malibu, leaving her friends, family and ex-fiancé, to find herself and see if she can forgive her ex-fiancé, Rob, after his betrayal. Levi on the other hand likes to stay to himself and keeps his distance from his family and everyone around him. He learned early on after his mother left him and his father that people you care about can hurt you.

When I first read the synopsis I thought that Levi was going to be a guy that would lead Lindsay on and break her heart in the end. Maybe that was his plan but he wasn’t that guy at all. One he sorted out his feeling and understood them, he tried to explain himself to Lindsey.

Lindsay on the other hand had such a big heart! She didn’t need to take care of Levi after his accident, but she did. She tried to get to know him and was so thoughtful. While Levi was in the hospital she knew he would like a book to read, so she went to the library for him. She also knew he is very particular about his food, so she would bring him something each day so he wouldn’t need to eat the hospital food. I was not a fan of the people around Lindsay; everyone seemed to want to tell her how to live her life and how what she was doing was so wrong, I am so glad she had Levi on her side!

Together Lindsay and Levi found themselves and helped each other grow as people. They taught each other life lessons and that would bond them together!