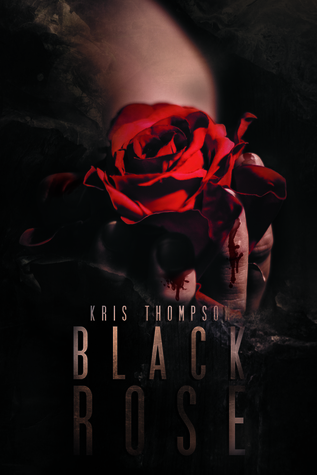 Wow! Black Rose, was a gripping and suspenseful novel that takes readers into an adventure           with Lillian Locke, who has been kidnapped, and Richard Haines, who is trying to find her.

This debut novel from Kris Thompson, was able to keep me in suspense the whole time reading!!

Lillian Locke thought she had the perfect life; she was in college, her best friend was sharing an apartment with her and she had the perfect boyfriend. The only thing was girls were going missing from campus, even though this was happening Lillian never thought this would happen to her, that’s when he got her! She doesn’t remember how she got abducted all she know is when she woke up, it was dark, smelled and she was chained to the wall by her ankle. Then there’s Richard who did everything in his power to find his girlfriend Lillian after she was kidnapped.

I enjoyed the back and forth POV between Richard and Lillian, it was very interesting to see what they were both doing on the same day. I also like how each time the narration changed the day in which they were on, which it was day counting on how long Lillian held captive vs how many days she had been missing from Richard, was labeled.

It was also interesting to see how all the characters coped with thing differently. The girls that were held captive coped differently after they were raped or beaten, some talked, some stayed quiet and some became physical, showing not all people cope with trauma in the same way. They all bonded as sisters together and did this by talking about their lived and people they loved. Richard, his family and Lillian’s family also coped with losing Lillian in different ways. It showed how not all people cope with loss the same way, the only thing they had in common was that they all loved Lillian and all wanted to find her!